First. lets define what “Grinding” is. Grinding refers to killing multiple monsters at once for either exp, loot, or spina. This is usually done by mages, although it is possible to be done by other classes, but at a much slower rate.

For XP grinders, I suggest grinding mobs higher than you if possible. Keep in mind you will reach a point in the game where this isn’t possible but we will cover that later. If you don’t have time for grinding, Cheap Toram Online Spina is on sale at mmoam.com, a professional online in-game currency store.

For Spina grinders, I suggest you find a spot close to a town where you can sell all of your stacks. (stacks of 99).

One more thing to note, If your a mage and grinding with the Wall spell, try to stay off of slopes.

Only cast this on flat surfaces as the spell only hits in a flat line. Not above or below. 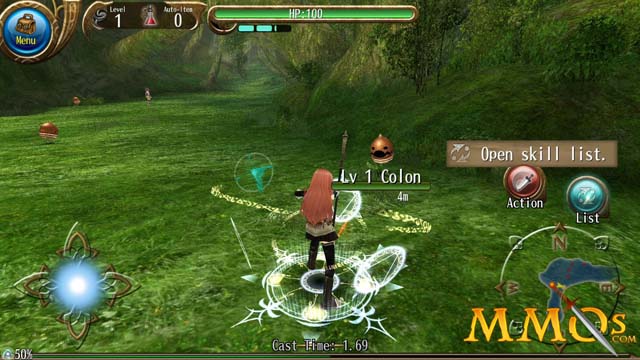 Underground ruins: B2 - XP
Here there is a room with lvl 11 or so Nemico and some Ruin rats.
I would grind here until about lvl 15 or so then you can try to move to the Goblins.
Its not the best exp in the world but it will do for now.
You can also sell the stacks back in Sofya City, which isnt too far away.

Rakau Plains - Loot
Here there are 3 Lavarca's (lvl20 or so). I know alot of people like the horns, and this is where you get them.
You can also sell your stacks in Sofya City.

Ruined Temple Town - Loot
Same as Rakau Plains, 3 Lavarca's for horns.
You can also find Farfalla's (lvl 13 or so) here and get Flower Necter for Synthesist.
There are also plenty of Beak's here (lvl 12 or so) that you could grind for exp and Beast mats if you wanted.

Ruined Temple - XP
Here is a room full of Goblins (lvl 20 or so). Grab a group and start grinding.
This is probably going to be your best grinding spot for EXP for a while (about lvl 30), so get used to it.
Its not bad Spina either if you bring some Sofya teleports along. (bought from the vendor in Rugio Ruins)
A Save point teleport will work too so long as your last town you visited was Sofya City.

Zoktzda Ruins - XP/Spina
Here you will find lvl 30 Skeletons. Great exp till about lvl 40.
The Fatigued Blades that they drop sell for about 500 spina per stack.
The Skeleton Bones sell for about 300 spina per stack.
But the real gold here is the Wandering Spirits. They can be sold to other players for around 1 to 1.5k spina per stack.
I suggest bringing some Save point teleports and selling all your blades and bones at the vendor in Rugio Ruins and when your bag is full of Wandering Spirits teleporting back to Sofya City and selling them.

Aulada Ancient Tower - XP
Here you find Rutiro's (lvl 30+). I suggest grinding here until lvl cap. (currently 65) This is the best spot for exp that I know of.
You could make some decent spina here but with all the item drops your bag fills really fast and the town is so far away. Its just not worth it.

Lutaros Cavern - XP/Loot
Here you can find Voda Roars and Stone Knights (both lvl 37).
Although this isn’t the best spot for exp it isn’t all that bad either.
If you grinding here it is probably going to be because your a Black Smith and can process mats.
There is also the Turquoise Lionfish here you can farm for fist weps.

Athema Ruins - XP
This is probably one of the best kept secrets. King Potum. (lvl60) Sure you can grind him for the hat. The hat is cute. But we are here for EXP!!! A party of 4 players killing 1 King Potum each at the same time is about 1% of your exp bar. (lvl60+) Get a party together and lets hit lvl cap!

As a side note, when comes to Exp grinding, then one of the best kept secret is probably K.Potum. @Lv60, if a party of 4 players each kill 1 K.Potum simultaneously, that's 1% on the exp bar.(2.5k-ish exp per1%) This is my new spot to grind.. Especially when we are talking about the sheer amount of damage over time of both arrow rain and magic wall being ridiculously overwhelming by this point in the game.