World of Kings is a brand new MMORPG for Android and iOS by Zloong. Say you just started play the game, here’s a complete beginner guide for you. 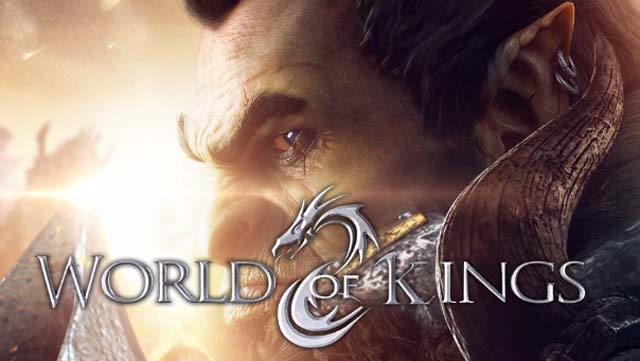 1. There are no hairstyles to choose from, these are dependent on the clothes you acquire later on in game.

3. There are 3 subclasses (aka “Awakened Class”) for every class.

You can pick up more than one Awakened class.

Many classes include an Awakened Class that is not in the same Role their class started in. (IE Archer can subclass Bard, which is a healer)

Note: Don’t discount healers that started as other roles first. Many are very competitive.

4. You can preview all of the Awakened Classes during character creation, but this is not the same as seeing them in group action.

So basically, you can have multiple awakened classes which you can swap between at any time, and you can also pick another class if you don’t like yours, which you can change every 7 days.

5.You can’t delete characters (yet). So don’t make frivolous characters. Instead, you can change classes at 60 if you decide you don’t like yours.

How to get experience:

Guild Castle Development Quests - get in a guild, any guild, just for these quests.

Crafting components come out of boxes that show up as yellow dots on your minimap. Go off course to pick them up.

In the upper right corner beneath the minimap is a small banner that will tell you the currently ongoing events. Dungeons, Raids, PvP areas, and other things happen throughout the day. Here are just a few that you might want to take note of. Check Daily Events for the exact times.

Altar of Champions: Fight to capture altars which give you sweet loot and bonuses throughout the day

Guild Campfire : Stand around for free benefits. During the fire a boss named Loki Leet will appear which you race other guilds to down first.

Guild Raid: One hour after campfire is the guild raid open. This coincides with regular raids opening up.

Minecart: Do a game to get guild credits.

God Blessing: Periodically one of the Gods will give out blessings. This works similar to the guild campfire except there’s usually two different circles which must be close to equally full and everyone gets benefits.

1. Make sure you buy rewards from Chamber, Supply, and Reputations as you have currency. Try to buy as many a day as you can afford.

Guild tab especially will sell an Alchemist, Outlines, Booklets, Shards, Energy Essence, and other items great for leveling up you and your mercenaries.

2. Pick up Scenery (NPCs with a little dialog box by their head wherever you go will grant you these) as you run around leveling up.

3. Pick up anything that shows up on your minimap - yellow dots are crafting components, treasure chests contain benefits like gems, and books are part of Collections which give you stats.

Sell level 1 craftable armor pieces on the Trade/Consignment market. These are needed for the Daily Activity “Make a Donation” for reputation rewards and sell consistently.

When you get to the point you have lots of level 2 materials, you can sell 110 gear score armors for sweet gold.

2. Do your activities as early as possible so your Benefits > Alchemy Workshop makes you more gold. In addition, try to acquire alchemists.

Sell shards that aren’t for your class.

Sell pets you pick up that you don’t want.
4.Purchase Cheap World of Kings Gold from mmoam.com, if you don’t have enough time for grinding. As a professional online in-game currency store, our price is competitive and our service is safe.

1. You can change your appearance but you can’t change races (yet! I hear that’s coming in a later patch).

2. Do the guild faction activity “Transport (Guild)” to help your guild build buildings in the castle.

3.You can send gifts to someone and if your affinity gets up high you can get married.

That’s the end of this guide. For more news and guide on gaming, stay tuned to mmoam.com, a professional online in-game currency store for Cheap World of Kings Gold.